Men and Women Have Worn Wigs for Centuries 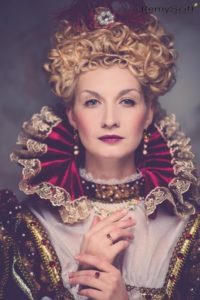 Wigs have an important part in history around the world.

Most people know wigs are a popular option for those who are unhappy with the look of their hair; however, wearing wigs is not a new trend. In fact, using wigs as a hair enhancement has been a common practice in many cultures throughout history.

The ancient Egyptians completely shaved their heads to stay more comfortable during the hottest months and prevent lice infestations from spreading. They would then use full cap hair replacements made out of human hair, wool or natural fibers, depending on their status. Wigs helped the Egyptians protect their heads from the sun and allowed them to wear elaborate styles, such as gold adorned braids. Full or partial cap hair replacements were also used by:

On the other hand, in ancient cultures, such as in China and Japan, hair enhancement wigs were only used by actors performing in theaters or worn for ceremonial traditions.

During periods of Christian influence, wigs became less popular as women were often required to cover their heads. Beauty became less ornamental and more austere, leading people to use less makeup, hair enhancement and fashionable clothing to keep themselves looking good. After the beginning of the Renaissance, however, women started adorning their heads and hair with veils and sparkling jewels. The increased attention to their hair led many women to wear wigs that featured elaborate hairstyles, such as curls, braids and other styles that would be difficult to fix every day.

In the same way France’s leaders popularized wigs, England’s Queen Elizabeth also made hair enhancements popular in her country. Wig making became a lucrative profession during her reign because most court-going citizens used them to be in style for everyday events and balls. Large, powdered wigs were essential additions to any wardrobe of the time.

Although wigs are not quite as popular now, they are still used by many people to cover medical conditions like balding or add more to existing hair styles. Full and partial cap hair replacements allow many people to cover their heads with confidence and improve their looks.

If you are looking for stylish hair enhancements, contact us. We have the experience needed to provide you with the latest style, care and product information to keep your wig looking great!